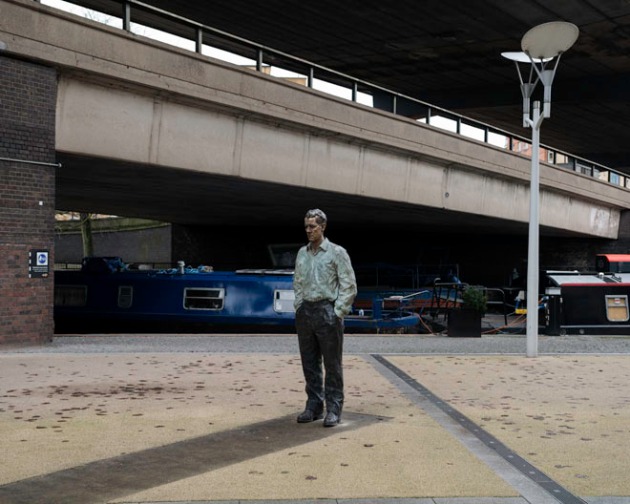 It was around this time last year when I began my walk between London and Birmingham. This picture was one of the first I made as part of my latest series “All Things Pass”. The sculpture is one of a pair from the British sculptor Sean Henry. Collectively they are called Standing Man and Walking Man, and can be found at Paddington Basin in London.

I remember my first encounter with the sculptures on a cold winter day. From afar they appeared as two confrontational men, caught in a stand off. Afterwards I waited nearby to watch how others reacted to them as they walked by. Most people ignored them, but some stopped to examine them and have their photograph taken. The most memorable couple separated and stood next to each sculpture. They then walked the adjoining line towards one another until they met in the centre. Upon meeting, they embraced one another and then walked happily away, hand in hand. This memory has come back to me many times during my walk. It’s a reminder of the joy I feel when starting out on foot on a new and unpredictable journey.